Anderson Cooper is a media whore. Not to mention a card-carrying member of the Gay Department of Justice. And the new Gay Sheriff.

Yeah, I know my alter-ego called Baldwin a “homophobic bigot” awhile back. (Don’t hate us, Alec, that was just the Great Disappointment talking.) But we all have to move forward, and the NFL debate over the N-word has caused me to reconsider.

The NFL is expected to enforce a 15-yard penalty when the N-word is used on the field of play. But that could be difficult, some players say.

“I think it’s going to be really tough to legislate this rule, to find a way to penalize everyone who uses this word,” Ryan Clark, a Pittsburgh Steelers safety who’s spent 12 years in the league, told ESPN’s Bob Ley during an “Outside The Lines” special report. “And it’s not going to be white players using it toward black players. Most of the time you hear it, it’s black players using the word.”

“We took it inside our house and made it our own, and now we brought it back out to the world … but unfortunately some people don’t understand it. They shouldn’t use it. So we got to make them aware. No. You can’t use this word. This is something that’s off limits to you.”

Strangely enough, I find myself agreeing with Geraldo Rivera.

“I have to say. You talk about fundamentalism in terms of Christianity. I think that Alec Baldwin, for instance, was drummed off MSNBC by fundamentalist gay activists. … and I think Alec Baldwin was absolutely right to criticize people who were condemning him. … Sean, Baldwin and I all grew up within ten miles of each other. And when we were growing up, especially in my era, those comments were commonplace. You have to give people some slack …”

Common and Rivera are essentially saying the same thing: They grew up with certain words, they own those words, and they should be allowed to use those words without being censored. (Well, except that Common takes the next step and wants to censor others in the name of freedom of speech … but I’ll cut him some slack there.)

Similarly, I should be able to call Sarah Palin a “shit-talking pimp who makes money playing to the carefully cultivated persecution complexes of conservative Christian rubes who wouldn’t know what religious persecution was if it sat on their faces and shit in their mouths” … even if — or perhaps especially because — I’m not a shit-talking pimp, not a Christian rube, don’t persecute others, and don’t shit in other people’s mouths.

See what I mean? That’s why I love Alec Baldwin. We’re both iconoclasts. Common and the rest of the black community should just let me go down on them.

As for Louis Farrakhan, he can blow me. 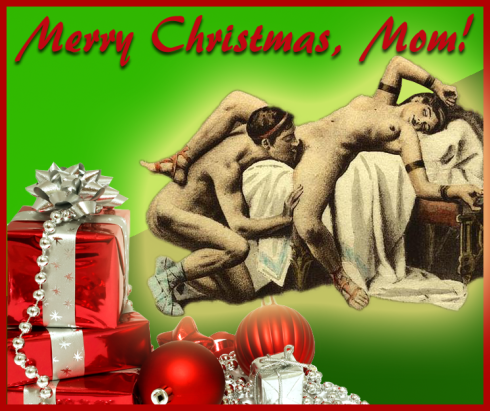 Make sure to get your Very Anderson Cooper Christmas card before they sell out!